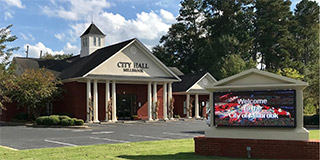 The City Clerk serves as the technical administrative liaison for all official actions between the City Council and Mayor, as provided by state law and city code. The City Clerk also serves as the City’s Election Manager and is responsible for planning, conducting and supervising all municipal elections.

To view the City of Millbrook Ordinances, follow this link